7 Natural Wonders in Europe You Haven’t Discovered Yet

Europe is a small continent compared to others but what it lacks in size, it makes up for style and beauty. Where ever you go in Europe, the visual delight enthrals you.  Still, a significant number of tourists/travellers visit a select few cities, the famous one. Small and crowd-prone as it might be, Europe has no shortage of scenic spots off the beaten track. Visiting Paris or London is amazing, but sometimes you just don’t want to be surrounded by hordes of tourists jostling each other out the way for that iconic photo opp. Well, look no further than these lesser discovered natural wonders across the continent. Here’s where to go, and why. 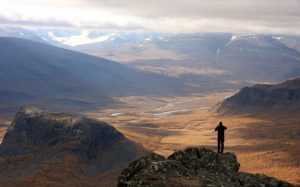 Do you like peace and calm around you? If yes, then Sarek is the place for you. One of the oldest national parks in Europe, it’s as dramatic as it is an untamed wilderness. And that’s no exaggeration – there are few hiking trails, and you shouldn’t venture here if you hike in anything other than full-on hiking boots. But do explore it if you’re into glaciers, untouched camping spots, and abundant mountain ranges.

Two facts about Andorra: It is small and sandwiched between Spain and France but that’s not all that you need to know. Andorra has some epic mountain ranges and to see them at their best, you need to explore Siscaro national park and reserve. Trek through it and you’ll see not just native flora and fauna, like the griffon vulture, but also Siscaro Lake, a distinctly colored wonder

Majority of travellers & tourists to Europe would unlikely put Bosnia & Herzegovina on top of their priority list upon visiting. But go venture into this highly underrate country. Make sure you visit the Dervish monastery which is a must see

When whole country is brimming with thick forests, quaint towns, and Alpine mountains, there’s something satisfying about being the only national park in that country. Triglav is lucky enough to get this honor in Slovenia. The highest peak of Slovenia is in the middle of this park, but that doesn’t mean the rest of its tranquil stretches should be neglected. Home to hikes galore, bike rides and canoe opportunities, the canyons and ravines offer something for every sort of nature lover.

Sardinia, which is just off the coast of Italy stands out not only for being overlooked part of the Western Mediterranean but also for its flawless beaches. Though it’s hard to go wrong when exploring the white sands and dreamlike water wherever you are here, it’s the east coast that’s where you want to be. Rugged, and not particularly easy to get to, this coast has some of Europe’s best beaches. Of these, Cala Coticco is the gem; somewhere that’s hard not to jump to hyperbole when describing.

It is not in Switzerland but in Germany, despite the name. To get there you take a train (or old-fashion tram) from the city of Dresden, and upon arrival you’ll be surrounded by quite the otherworldly landscape. Bizarre stone formations meet steep ravines; whilst forests, meadows and moors can all be found too.

Lagoa do Fogo, the Azores

The largest island, Sao Miguel, is home to much of this splendor, and you can go waterfall rappelling, volcano hiking, or to our personal favorite spot, Lagoa do Fogo. Translating to “Lake of Fire”, it’s as exciting as it sounds. A crater lake within a stratovolcano, it’s reachable via a fairly intense hiking trail that ends with unforgettable views of the lake and lush greenery for miles upon miles.