Getting the best available SGD Rate Today with BookMyForex

Singapore with its amazing beauty, interesting food and multiple islands has emerged as the ultimate tourist destination for Indians. In case you are planning to travel to Singapore in the near future, you would certainly require Singapore dollars to transact there. You can now buy or sell SGD at the best Singapore dollar exchange rate in your city online with BookMyForex.com which is India's first and largest online currency exchange marketplace.

Why Should You Purchase Singapore Dollars from BookMyForex?

Being a digitally enabled currency exchange marketplace, BookMyForex provides numerous advantages on foreign currency exchange services compared to other vendors such as banks or local money changers. The best among them is the lowest exchange rates without any hidden charges.

Let’s understand why BookMyForex provides one of the best rates on buy/sell Singapore Dollar (SGD) compared to other places.

Fixed vs Live Rates:  Unlike other authorized forex dealers which provide foreign exchange at fixed rates in the name of “Today’s Singapore Dollar Rates”, BookMyForex allows its customers to convert INR to SGD at the live rates. You get the most updated Singapore Dollar at BookMyForex forex rate platform.

Fixing the Singapore Dollar exchange rate for the whole day compels banks and other money changers to keep the higher-margin to tread against any adverse volatility during the day. While, BookMyForex provides its customers with the most recent rate of the foreign currency and thereby, passes the benefit to its customers in the form of the better exchange rate.

Individual vs Aggregator: Being a digitally powered currency exchange marketplace, BookMyForex compared the best Singapore Dollar exchange rate to convert SGD to INR in India among 100s of currency changers near to your location and provides you with the best exchange rates.

On the other hand, to get better rates from banks or such other places to buy/sell Singapore currency you need to go from one bank to others to check and compare the rates which could be a time consuming and tiresome process.

Doorstep Delivery: When you buy Singapore Dollars from BookMyForex, you not only complete the process of booking from the comfort of your home but you also get your currency delivered right at your doorstep.

Though you can purchase foreign exchange including Singapore Dollars from multiple places in India such as from your bank, a nearby local money changer or at the airport itself but a well-known currency exchange marketplace such as BookMyForex which function on aggregator model and provide Singapore Dollars at live rates, fares better than banks.

Here is a comparative analysis between BookMyForex and other money changers such as a bank, showcasing the reasons why Bookmyforex is better on key parameters:

How Can you buy SGD at the best exchange rate?

Step 2: Select your city, the currency (INR to SGD) and enter the amount that you want to exchange

I need to sell my SGD currency, can I do it online?

You can both buy and sell Singapore Dollars online from a trusted currency exchange marketplace such as BookMyForex. You just need to visit bookmyforex.com and select your city, currency (SGD in this case) and the amount that you want to sell online. You need to upload your Passport copy which you can do online. Once your SGD to INR conversion order placed, a representative of BookMyForex would visit your place and give you equivalent INR and take SGD from you.

How much SGD can I carry to Singapore?

As per the Liberalized Remittance Scheme (LRS) of the Reserve Bank of India, a person can consume foreign exchange only upto 2.5 lakh US dollars or its equivalent to other currency cumulatively in a financial year. So you can calculate the limit upto which you can carry SGD for your Singapore dollar trip depending on your earlier consumption of foreign exchange in the current financial year.

However, one thing you should keep in mind is that as per the RBI norms, you can only carry upto US $ 3000 or equivalent in cash while travelling abroad. If you wish to carry more Singapore dollars, you need to carry it digitally like by loading SGD on your forex card.

How can I get the best SGD rate in India?

Buy or Sell SGD Online: Banks or local money changers provide forex at a fixed rate for the day, while a trusted online marketplace for currency exchange such as BookMyForex provides foreign currency at live and transparent rates which can save you money.

Compare SGD Rates & Buy: It is always better to first compare foreign exchange rates on different platforms and then buy it. Being a digitally enabled market-leader, BookMyForex automatically does that for you by first comparing forex rates quoted by 100s of money changers near you and provide you with the best forex rate.

Avoid Getting Singapore Dollars from the Airport: By getting foreign exchange at the airport, you may easily end up paying anywhere between 6% to 9% more than the rates quoted by a marketplace. So strictly avoid getting forex from the airport.

Avoid Using Credit/Debit Card for Transactions in SGD: Due to various types of currency conversion charges, using a credit or debit card for forex transaction while travelling abroad may not be a good choice as you would be paying 3% to 6% more. If you want to avoid carrying a stack of cash, better buy a forex card and load it with Singapore dollars.

Which place is the best to exchange INR to SGD in India?

Being a digitally enabled platform, BookMyForex checks and compares Singapore Dollar rates quoted by 100s of money changers available near to your location and provides you with the best SGD rate. You can place your order online with the comfort of your own home and get your forex delivered directly to your doorstep.

Singapore Dollar Rates in Other Cities 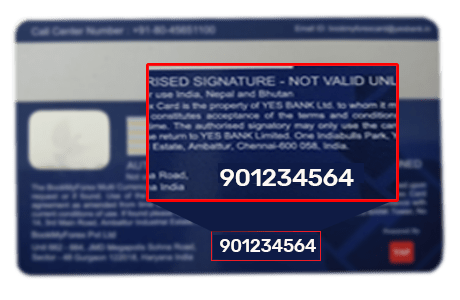