7 Books That Will Inspire You to Travel to India

Travelling to other countries was once considered a privilege which was under the purview of few – traders and soldiers, then adventurers and explorers and later the aristocrats. Everyone else had books. Things changed, world evolved and travel became a widely accessible pastime. Books remained an invaluable source of knowledge and information even when technological innovations drive the world. Few places on earth inspire such frenzied flights of fantasy as India, and many books have been written about it over the years. We’ve chosen seven great books that offer readers several places and experiences guaranteed to inspire a trip. So, ready your favourite reading chair, but keep the computer handy – you may be booking tickets sooner than you think. 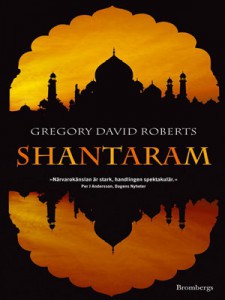 Burning slums and five-star hotels, romantic love and prison agonies, criminal wars and Bollywood films, spiritual gurus, and mujahidin guerrillas – this huge novel has the world of human experience in its reach, and a passionate love for India at its heart. Based on the life of the author, it is by any measure the debut of an extraordinary voice in literature

India is among the most difficult – and most rewarding – of places to travel. Some have said India stands for “I’ll Never Do It Again.” Many more are drawn back time after time because India is the best show on earth, the best bazaar of human experiences that can be visited in a lifetime. India – monsoon and marigold, dung, and dust, colours and corpses, smoke and ash, snow, and endless myth – is a cruel, unrelenting place of ineffable sweetness. Much like life itself.

The latest book in the acclaimed series of literary travel guides brings together a delightful sampling of short fiction from one of the world’s most diverse, multicultural, and storied civilisations. India: A Traveller’s Literary Companion features 14 short stories from some of India’s best writers, collectively offering an insightful portrait of the beauty and complexity of Indian landscape, culture, and society. Each story represents each distinct area in India. It is about its religions, food, landscape, architecture, transport, trade, customs, social climate, traditions, circumstances or what is on people’s minds. 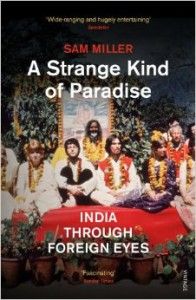 William Dalrymple called this book a “love letter to India”. “A Strange Kind of Paradise” isn’t intended as a history textbook, nor a dry list of “facts” What you have in your hands, though, is an incomparable collection of selected writings from Non-Indian writers about India as they experienced it through the ages – from the earliest Greek visitors to the modern American ones. From wondrous tales of fantastical tribes (one rumoured to have their face on their chest, another took for its “food” the aromas of fruits and flowers) and animals (some dig up gold!) to modern rants about how this country is all about “shit and filth”, it’s all here. From respect to awe to disillusionment to hatred to derision and scorn, you can find it all

5. Around India in 80 Trains by Monisha Rajesh 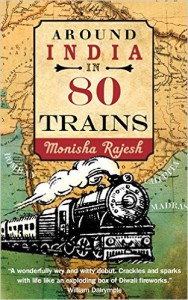 Taking a page out of Jules Verne’s classic tale, Around the World in 80 Days, the writer embarked on a 40,000km adventure around India in 80 trains. Travelling a distance equivalent to the circumference of the Earth, she lifted the veil on a country that had become a stranger to her. On the way, Monisha met a colourful cast of characters with epic stories of their own. But with a self-confessed militant atheist as her photographer, Monisha’s personal journey around a country built on religion was not quite what she bargained for…

Around India in 80 Trains is a story of adventure and drama infused with sparkling wit and humour.

6. City of Djinns: A Year in Delhi by William Dalrymple 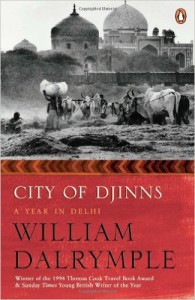 Sparkling with irrepressible wit, City of Djinns peels back the layers of Delhi’s centuries-old history, revealing an extraordinary array of characters along the way – from eunuchs to descendants of great Moguls. With refreshingly open-minded curiosity, William Dalrymple explores the seven “dead” cities of Delhi as well as the eighth city – today’s Delhi. Underlying his quest is the legend of the djinns, fire-formed spirits that are said to assure the city’s Phoenix-like regeneration no matter how many times it is destroyed. Entertaining, fascinating, and informative, City of Djinns is an irresistible blend of research and adventure

7. Chasing the Monsoon by Alexander Frater 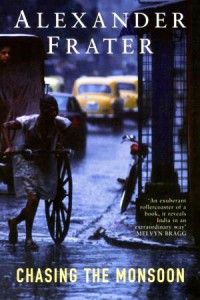 The fascinating and revealing story of Frater’s journey through India in pursuit of the astonishing Indian summer monsoon. On 20th May the Indian summer monsoon will begin to envelop the country in two great wet arms, one coming from the east, the other from the west. They are united over central India around 10th July, a date that can be calculated within seven or eight days. Frater aims to follow the monsoon, staying sometimes behind it, sometimes in front of it, and everywhere watching the impact of this extraordinary phenomenon. During the anxious period of waiting, the weather forecaster is king, consulted by pie-crested cockatoos, and a joyful period ensues: there is a period of promiscuity, and scandals proliferate