Exchange rates basically represent the value of one currency in terms of some other currency. Currency exchange rates also represent the relative economic strength of a country in the international markets. The graph shown below records the movement of US Dollar vs Indian Rupee in the past year.  As the graph shows, the Indian rupee has moved in quite a wide range against the US dollar in the last year. Have you ever wondered what makes foreign exchange rates move against each other? 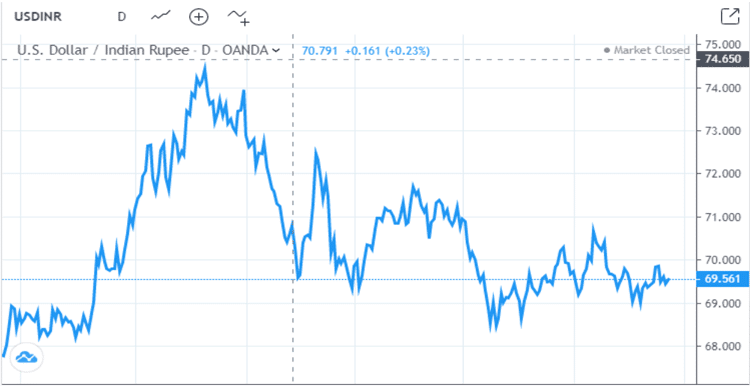 Here are the top 5 factors that can influence the foreign exchange rate:

Also, the differential inflation rate of the countries also affects the exchange rate. Higher relative inflation of a country would mean lower purchasing power of the currency, which in turn would translate into the weakening of that country’s currency. 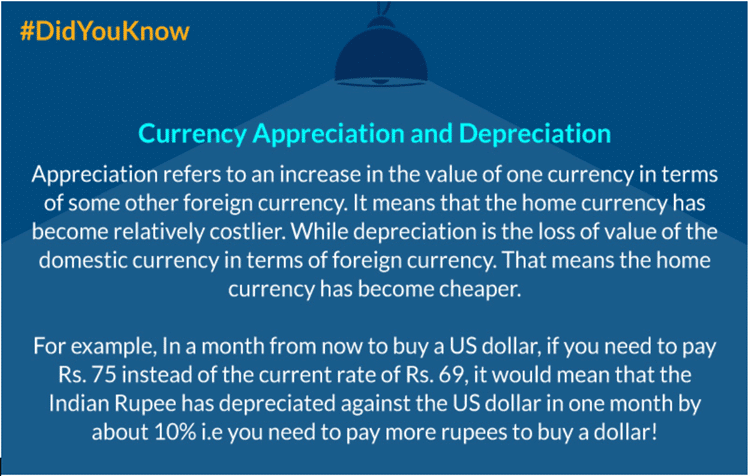 Public debt is also one of the macro factors which can influence the foreign exchange market. Public debt constitutes government borrowings for financing public sector projects. Since such borrowings are government-guaranteed, a default on such loans would mean a breakdown of investor’s confidence in the country’s economy. So an unsustainable public debt would mean net foreign capital outflow and thereby, depreciation of the home currency.

Apart from economic factors, political stability is another factor which affects the exchange rate. Foreign investors prefer a stable political regime and therefore, a stable and progressive government builds investor’s confidence. Consequently, the inflow of foreign capital causes the domestic currency to appreciate.

Conclusively it can be said that while high-interest rate, high growth, and good corporate earnings have an appreciating effect on the currency, high inflation rate, political instability, unsustainable government borrowings, high current account deficit, and tensed geopolitical situation can be the factors  causing depreciation of the home currency.