Top 10 Least Valuable Currency in the World in 2019. Imagine exchanging your ₹500 note and getting 2,50,000 worth of the local currency of some other country. Isn’t it a novel feeling? Your new ₹2000 note will make you a millionaire. The question is, “Where would you be a millionaire by exchanging a single banknote?” Which are these least valuable currencies in the world compared to the India Rupee?

BookMyForex has compared the list of World’s 10 least valuable currencies in 2019.

The Rates/Data are from Xe.com and BookMyForex Live Rate card. (Rates applicable on 23 September 2019)

Cambodian Riel is the currency of Monarch State in South East Asia. Popular belief suggests that the name of the currency comes from the Mekong river fish, the riel (“small fish” in Khmer). It is more likely that the name derives from the high silver content Mexican real used by Malay, Indian and Chinese merchants in mid-19th-century Cambodia. The KHR has low exchange rates and is very unpopular, hence, a large part of Cambodia prefers dollar.

No.9 –Least Valuable Currency in the World 2019 – Paraguayan Guarani (PYG)

PYG is the national currency unit of Paraguay. A disastrous economic downturn resulted in high inflation, corruption, high unemployment rate, and an increase in poverty. All these factors have had a negative influence on the currency.

The Guaraní is currently the least valuable currency unit in the Americas.

Uzbekistan came into existence as a country after the USSR collapse. In the Soviet Union, speakers of Kazakh, Kyrgyz and Uzbek called the ruble the som, and this name appeared written on the back of banknotes, among the texts for the value of the bill in all 15 official languages of the Union. It created its own national currency – Uzbekistani Som that is still falling as per its exchange rate. High taxes, inflation, corruption and political restrictions led to significantly low price for this currency inside the global market.

It created its own national currency – Uzbekistani Som. High taxes, inflation, corruption and political restrictions are major reasons why UZS is valued so low.

SLL is the currency of Sierra Leone. The economy of Sierra Leone is that of a least developed country. Sierra Leone has battled a bloody civil war and deadly viruses like Ebola in the recent past. The GDP has shown significant improvements in the last few years but it will have to do more for SLL to gain any value.

LAK is the only currency in this list, which did not devalue over time, but it was originally issued with such a low rate.

The economy of the Lao Peoples’ Democratic Republic is rapidly growing, as the government began to decentralize control and encourage private enterprise in 1986. Currently, Laos ranks amongst the fastest growing economies in the world, averaging 8% a year in GDP growth. It is also forecasted that Laos will sustain at least 7% growth through 2019 as well. The LAK will see an increase in its value in the future. 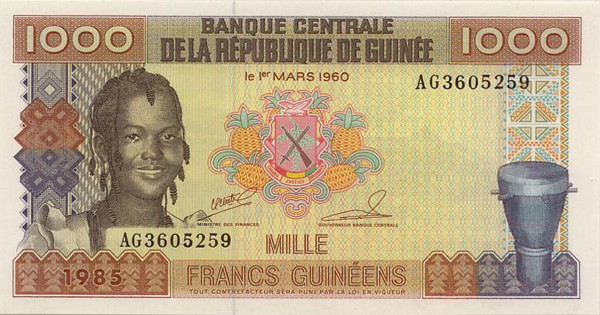 Guinea is a country rich in minerals especially Bauxite. There is also potential in agriculture and fishing sector, However, due to the high inflation rate, corruption, poverty, and increase in street violence, the currency of Guinea has seen a decrease in currency values.

No.4 –Least Valuable Currency in the World 2018 – Indonesian Rupiah (IDR)

Indonesia is an economically stable and an emerging market country in South East Asia. However, its currency has very enjoyed a very low exchange rate. The regulatory authorities of the country are taking all measures to strengthen the national currency, but all their efforts are leading to insignificant changes.

Recently, oil fields were found on the St. Tome Island and that is why Dobra can improve its economy soon. 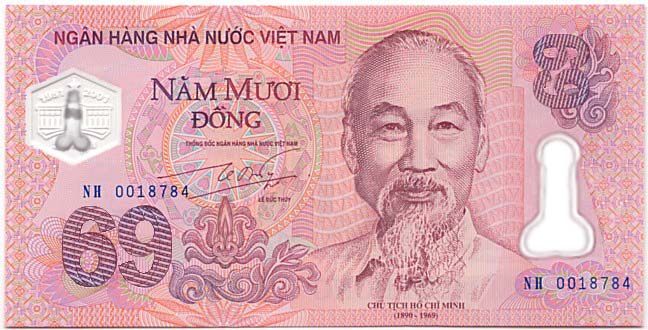 Vietnam is still on its hard path from the centralized economy type to the market one. Wars took a huge toll on the economy of Vietnam though it is doing well now.  On September 14, 1985, the dong was revalued, with the new dong worth 10 old dongs. This was the start of a cycle of chronic inflation that continued through much of the early 1990s. Since 19 June 2014, the Vietnamese Dong saw five devaluations in an effort to help spur exports and to ensure the stability of the currency.

IRR or Toman is the currency of Iran. Iran is rich in Oil and other minerals. However, due to the Iran-Iraq War and developing Nuclear Weapons, the US and the World community had put some political and economic sanctions on Iran. These measures included restricting access to the world commodity market and led to a significant downturn in their economy. Being an oil exporter, Iran could no longer export its oil, which created a critical deficit in its budget.

All this ensured that Iranian Rial became the Cheapest world currency.

BEST WAYS TO EXCHANGE YOUR CURRENCY