Top 10 currencies of the world

Please note: There is a more up-to-date version of this post here:  Top 15 Most Expensive Currencies of the World-2017

How often have you wistfully contemplated that the money you have or earn was worth more than it is? You hear about how for just 1 Dollar you can purchase a product for which you must pay 100 INR. You wish your own currency had a higher purchasing power like other currencies like a US Dollar or a British Pound. Each currency has a value which reflects when you go out to purchase anything, some can buy a bigger number of products than others and some less with one unit. The high-value currency of a country gives them the power to make trade deals that are favourable to their countrymen. That power is known as the value of a currency. Even when you travel abroad and exchange currency to the currency of the country you’re in, it makes you feel slightly insignificant because you swapped around 100 notes and in return received just a few. 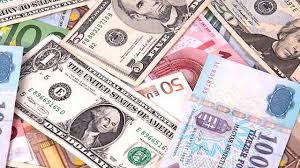 Please note: There is a more up-to-date version of this post here: Top 10 Currencies in the World in July 2017

You realise the value of it. There are myriad reasons behind why some countries have higher value than others but we won’t explain them here. Rather, we have compiled a list of the countries whose currency is significantly of higher value than ours. So, if you’re thinking of currency exchange you may want to purchase one of these currencies

List of Top 10 Highest Value Currencies in the World :

An oil rich country located in the middle-east, Kuwait has the highest valued currency in the world currently. The currency is called Kuwait Dinar and for exchanging a single Dinar you’ll get 3.6 Dollars or around 250 INR.

Many would be surprised to see Bahrain in the list but Bahraini Dinar is the second most valued currency in the world. For every Bahraini Dinar exchanged you get up to 3.46 dollars or 230 INR. (The currency exchange rates fluctuate a lot)

Another Middle-Eastern country with high valued currency. For every Omani Rial exchanged you get around 2.57 Dollars or around 176 INR.

A surprise entry in this list. This Eastern European country is not often in news—good or bad. But having the Latvian Lats is beneficial. Exchanging one Lats will give you around 1.52 Dollars which is around 104 INR.

Now this name won’t surprise many. An erstwhile world power who still holds a sway in the world has a very useful and high valued currency. One British pound when exchanged gives you around 1.30 Dollar which is around 90INR.

Another surprise entry in this list. This African nation has a very high valued currency that not many of us are aware of. 1 Gibraltar is equal to 1.30 Dollars which is around 90 INR.

Another middle-eastern country. Rich in Oil and hence a rich economy and a high valued currency. Exchanging one Jordanian currency will give you 1.42 Dollars which is 80 in INR

Not a country but a bloc of nations and when nations come together for trade and other purposes, the economy is bound to be stronger and the value of the currency is high. European Union’s currency Euro which is used in 26 European nations will get you 1.33 dollar or 80 INR for every 1 euro exchanged. A currency that you would like to have.

Another surprise entry to this list. But Cayman Island is economically very stable. Exchanging 1 Cayman Island Dollar-which is their currency will get you 1.31 Dollars which is around 70 in INR.

There is no surprise at all when Switzerland makes its entry in any list that has positive connotations to it. Switzerland even though part of European Union uses its own currency called Franc like UK. And exchanging 1 Franc will get you 1.11 Dollars or around 70 INR.

BookMyForex is India’s first and the largest marketplace for currency exchange and International remittances. Call us on 9212219191 to get not only the best but guaranteed rates.

5 most popular local delicacies of Bali