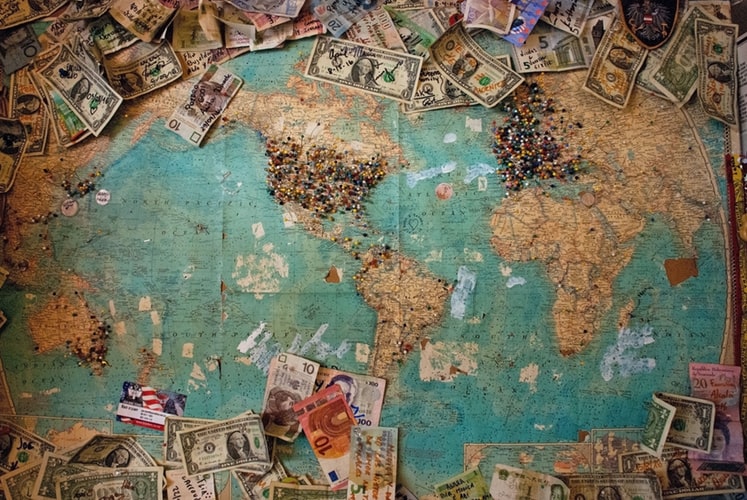 Currency rate is one of the most significant parameters by which a country’s relative level of economic health is determined. A country’s currency rate gives a peek into its economic stability and play a pivotal role in the country’s trade market. Currency rates are almost always under scrutiny, they are constantly watched and analyzed. The currency rate is extremely volatile and influenced by a number of factors.

The strengthening and weakening of currencies help us determine a nation’s economic scenario and the welfare of the people residing in it. Thus, forecasting these rates is important to assess the benefits and risks for the traders in the business environment. Moreover, with the recent increase in the number of international travellers and students travelling abroad it more important for us to be informed about these changing currency rates and how it impacts the Indian Rupee.

Here at BookMyForex, our updates include a daily and weekly roundup of all the major currencies including US Dollar, Euro, Australian Dollar, Malaysian Ringgit, etc and how the Indian Rupee is faring against these highly traded currencies.

This blog also highlights the essential data likely to affect these forex rates. We wish to keep all our customers informed on the developments through our expert forecast which talks about currency rates and market insights. Furthermore, our official website (www.bookmyforex.com) also displays live exchange rates and gives you an option to freeze them for up to 3 days.

Intraday volatility in our domestic forex market has been high since the last few weeks but nothing like what we saw in global markets as most major currencies crashed like never before. Yesterday, the rupee had opened stronger at 73.98 against the previous day close of 74.25 as the continuing crash of crude prices supported the rupee.

However, as we have nearly every day this month, massive selling by FPIs in the equity and debt markets led to a large dollar demand, forcing rupee to the intraday low of 74.42 in the early afternoon trade. There were very few dollar sellers as most exporters have already sold their receivable forward and no large corporate funding inflow was seen.

Dollar sale by Public Sector Banks, presumably on behalf of RBI, led to some recovery in rupee and it closed around 74.26, though little changed from the previous day closing. Earlier, the rupee had touched the intraday high of 73.92 in the opening minutes before dollar buying took over. In sharp contrast to the comparatively sedate trading in our markets, what followed in global markets was complete mayhem.

As panic became stronger in global equity, bond and commodity markets, traders and institutions rushed to the safety of the dollar. Every asset seemed to have been sold against the dollar resulting in a massive rise of the dollar against all major currency. Sterling fell by nearly 600 points and at one stage, euro fell by over 250 points along with the yen dropping by 200 points.

There were equally large drops in currencies like the Aussie dollar and other Asian currencies as complete panic took over global markets. Oil prices have crashed further, which in normal circumstances would have been a major boost for the rupee, but current circumstances are anything but normal.

We have seen FPIs taking out nearly $3.8 billion from our equity and debt markets just in last two days as they scramble to get into cash to support their positions in their domestic markets, and as long as such huge outflows remain, the rupee would find it difficult to take advantage of the ultra-low crude prices.

We do not know when this selling will change and till then we can only recommend conducting only essential trades in the market. We will try and send you a more detailed note over the weekend with our understanding of what’s happening.

With ever-growing trade, business and travel it is important to keep track of the numerous currencies especially USD, Canadian Dollar, Euro and Pound which are exchanged every day in the foreign markets. Here at BookMyForex, we understand that it is difficult to keep track of the ever-changing currency rates and the reasons which impact the rates. Besides a daily expert forecast, we also give you a weekly forecast to help you update your knowledge about foreign currency exchange. Here is the weekly roundup of some major currencies:

BEST WAYS TO EXCHANGE YOUR CURRENCY

10 Must Know Tips For The Aspiring Solo Travelers