AED to INR Forecast UAE Dirham has been fixed around 3.67 against the dollar over the last decade or so and volatility is extremely low. All the moves in AED to INR are therefore nearly linked to the volatility in the Indian rupee. The USD to INR rate, therefore, determines the AED to INR rate and this cross will go in line with the rupee. UAE Dirhams to Indian Rupee (AED to INR) exchange rate has been trading in 19.00-19.75 band over the last six months and we expect that band to hold for most of 2020.

United Arab Emirate Dirham is the official currency of the UAE. It is also abbreviated as AED in the international currency exchange market. Dubai is one of the most sought travel destinations in the UAE and that is why AED is also known as Dubai currency in India.

The United Arab Emirates Dirham has been used since 1973, when it replaced several currencies, such as the Dubai riyal and the Qatar riyal. Dubai Dirham is also subdivided into 100 fils. The Central Bank of United Arab Emirates is the issuing and managing authority of UAE Dirhams.

As mentioned before, UAE operates on the fixed exchange rate system where the UAE Dirham is pegged against the US Dollar, the strongest currency of the world. So the AED to INR movement is indirectly determined by the movement in the USD to INR exchange rates. 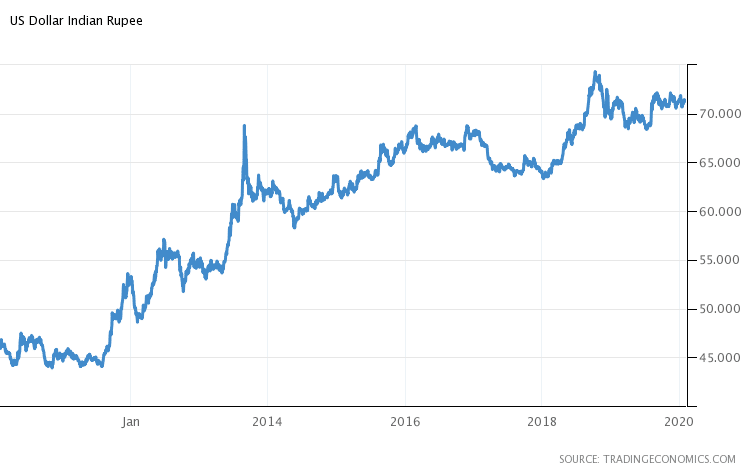 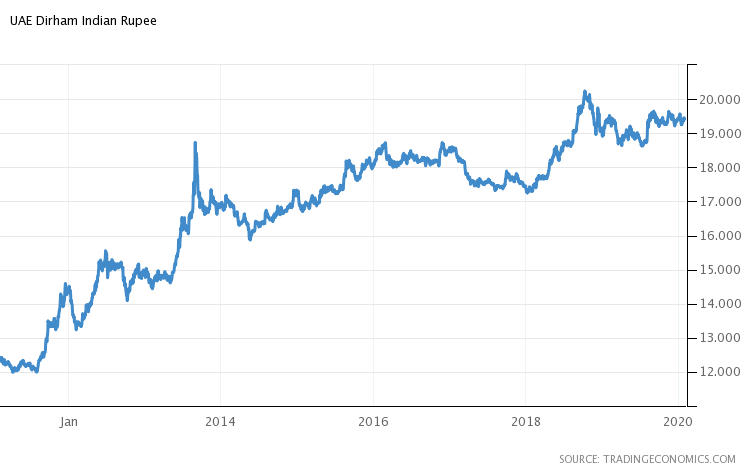