New Zealand may not lure as many Indians as the likes of USA, Europe, Canada or its Aussie neighbour, but its temperate climate, the lush green landscape and lower cost of living make it an attractive option for young people and families who are looking to find a new home. Hearing stories from other migrants will help you to make sense of your experiences, and as you get more involved in New Zealand life and the community, you will be able to tell your own stories. 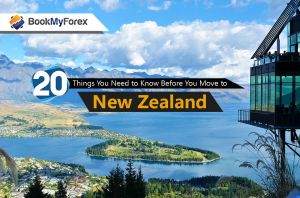 1. Shoes off and sit pretty

In Maori culture, it’s considered disrespectful to lean on or sit on a desk – particularly someone else’s. This is the place where people earn their money and focus their mind, so it shouldn’t be touched by ‘dirty’ areas of the body. It’s also rude to enter a Maori household or sacred building with your shoes on, so if in doubt, kick your shoes off.

Like the whole American/Canadian confusion, New Zealanders can take offence to being presumed to be Australian. If you misappropriate a New Zealander for an Aussie, just apologise and move on and nobody’s going to hold a grudge.

3. Give them the finger

No, not like that. But if you’re driving on a rural road it’s polite to greet other drivers or pedestrians with a raised index finger whilst keeping both hands on the steering wheel. It’s a casual ‘I’ve seen you’ sort of acknowledgement, and it’s a bit of a Kiwi thing. No need to smile or wave – you can keep your eyes on the road.

What could be construed as an arch, sarcastic glance in the UK is actually a casual, silent ‘hello’ in New Zealand. Fail to respond with a return raised eyebrows look, and you’ll be considered a bit rude.

New Zealand is a largely egalitarian place with a good welfare system in place, and you’ll find that hierarchies in the workplace lie somewhat flat and people move to first-name terms quickly in business. Likewise, in social life, a class system doesn’t seem to exist in the same way that it appears to in the UK. Having said this, Maori culture operates a hierarchy for formal situations, with an elder (normally male) appointed to sit at the head and precede over events.

Maori are the indigenous people of New Zealand, and Maori culture underpins much of the wider Kiwi culture, especially where modesty and integrity are concerned. Maoris are hospitable people and will often go out of their way to extend their hospitality to a visitor. And although New Zealand does not have a strict class society like the UK, the Maori culture is quite hierarchical and involves speech-making and singing, which is often spontaneous. If you visit a marae (Maori meeting place) you must await an invitation to enter and greet your host by touching noses lightly with them. Wait for your cue to do this.

Need we say more? Rugby is huge in New Zealand and the country has possibly the world’s best – and undoubtedly the most famous – rugby team: the mighty All Blacks. If you want something to chat to your new Kiwi colleagues about around the water cooler, learn the rules of rugby now.

Breakfast, brunch, lunch, or dinner? Whatever, wherever and whenever you eat you can expect to enjoy some of the most delicious creations on the planet. But remember that in many New Zealand eateries when the meal is over waiter service does not extend as far as delivering the bill. Indeed, in lots of cafes and restaurants, you will be expected to take the initiative, drag your over-indulged body to the till and make payment directly to the cashier. If you’re in a rush this is, of course, a positive but it can take some getting used to if you’ve become accustomed to languishing in your seat and nursing a digestif while your waiter does the honours.

New Zealand occupies 27,000 square kilometres, much of which straddles the margins between the Pacific and Australian tectonic plates. This means things can be shaky – to the tune of some 14,000 tremors a year in fact – but with so much practice, many New Zealanders are oblivious to their regular shake-ups and with a little practice expats soon follow suit.

New Zealand is home to the longest place name in the world; the hill commonly known as Taumatawhakatangihangakoauauotamateapokaiwhenuakitanatahu takes pride of place on North Island’s Hawkes Bay.

11. Slap on the sunscreen

While not as devastating as the effects of the sun in Australia, those rays are none the less significantly more powerful than in many other parts of the world. Europeans and North Americans, in particular, need a little not-so-gentle reminding that sunscreen and sunglasses are a must if you are to avoid long-term damage.

If you are hoping to move to New Zealand to escape your fellow countrymen, you may be heading to the wrong place. With spectacular scenery that is a magnet for tourists, a working holiday visa scheme that draws in the travellers and high rates of permanent immigration, in some parts of the country native New Zealanders can be positively outnumbered. Whether this is a positive or a negative, only you can decide…

13. Is there anybody out there?

Humans account for only 5% of New Zealand’s population. That doesn’t mean the rest are sheep but there certainly are a few of them.

Beware the kea bird, which has a penchant for pecking the windscreen wipers from unsuspecting vehicles, plucking out the strips of rubber from around the windows and gobbling it all down as a delicious gourmet snack. The kea is also famous for being the only alpine parrot in the world and one of the most intelligent avian species. With a population of fewer than 1,500 they are officially at risk and are protected by various conservation schemes so despite their antisocial habits don’t be tempted to retaliate if your car falls victim to one of their greedy beaks.

15. God save our anthems

In company with Canada and Denmark, New Zealand is one of the only countries in the world to have more than one national anthem. Expect to hear God Defend New Zealand more frequently than God Save The Queen but it is worth learning both if you want to stand a chance of passing off as a native.

When it comes to mammals, just three species of bat and a large number of marine mammals are native to New Zealand. Others were brought by the Maori in the form of the kuri and kiore (Polynesian dogs and rats) and by the Europeans in the form of ferrets, mice, pigs, possums, rats, stoats and weasels. The introduction of so many species poses ongoing problems for the conservation of indigenous species.

Despite its lack of indigenous mammals, New Zealand is teeming with other species that are native to its territory. One of the best known is the tuatara, a reptile-type creature that is the only surviving member of the Rhynchocephalia order, which dates back more than 200 million years. In 2008 a fine example of the species, named Henry, fathered his first ever offspring at the ripe old age of 111.

Despite its heavy reliance on imports, there is no shortage of home-produced dairy produce in New Zealand. It is estimated that the country produces 100kg of butter and 65kg of cheese per person per year.

If Cricket and Gold are your games New Zealand is your paradise. The country has more registered cricketers than West Indies and South Africa. And more golf courses per capita than any other country in the world – 397 according to New Zealand Golf, the sport’s domestic governing body. For player participation, Gold is estimated to be the number-one sport for men and the number-two sport for women, just behind netball. Cricket is favourite summer sport.

20. Straight down the line

If you are looking to relocate somewhere where rules are rules and they aren’t made to be broken, New Zealand is the destination for you. According to the Corruptions Perception Index, New Zealand is the least corrupt nation in the world, tying for first place with that bastion of correctness, Denmark.

10 Reasons why you should move to Australia

Best method to transfer money from India to Australia for Immigration